MIDI is short for “Music Instrument Digital Interface”. MIDI is the global standard for transmitting notes and control commands to and from all kinds of electronic instruments and sound-processing equipment.

MIDI is a serial interface which transmits only control information – not audio data – between music instruments and devices. For example, if you connect a keyboard to a computer via MIDI, the computer – or the sequencer software – can play on the keyboard. The sequencer tells the keyboard which key to play with what velocity. In other words, the computer is practically pressing the keys. The sound is not transmitted by MIDI, but is formed by the keyboard. It is of course also possible, to connect several devices.

Besides notes, MIDI can also transmit all kinds of control commands. For example, a Midi foot controller selects a certain program number in which the required sound is stored. The subsequent notes are then played with the selected sound. Using these program change commands, numerous effects and settings can be recalled in effect devices. The various sound settings of modern guitar amplifiers are usually switched using MIDI.

Detailed information about MIDI can be found on www.midi.org and many other sites on the internet.

StageWire is a further development of MIDI, especially designed for rough use on stage. StageWire is a connection which enables several devices, such as MIDI foot controllers, switchers and loopers, to communicate with each other in both directions (bi-directional). They are interconnected using only one standard XLR microphone cable from device to device. StageWire also includes the power supply for the MIDI Foot Controller. Read more ….

How to Control a Guitar Amp or an Effects Unit Using a MIDI Foot Controller?

Basically, there are two different approaches how you can switch the guitar amp and effects settings:

On MIDI-equipped guitar amps or effects units, you can create an individual preset for each sound. This means that you store the settings of a sound on a certain number. These presets are then recalled using Program Change commands. To do so, select a number on the MIDI foot controller to access the desired preset. These preset numbers can be organized into songs and sounds so that you can select a song on the foot controller and then select your sounds within this song according to a logical scheme, e.g:

The other approach is using direct on/off switches – so called instant access switches. These on/off switches work like an analog foot switche connected directly to the amplifier. Thus, a button on the MIDI foot controller switches directly one function at the receiver. One button selects e.g. a specific amp channel, an other turns on and off the effects-loop.

More detailed information can be found in our MIDI Foot Controller Comparison Cart. 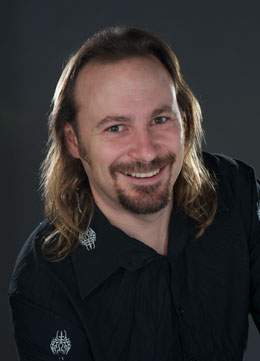